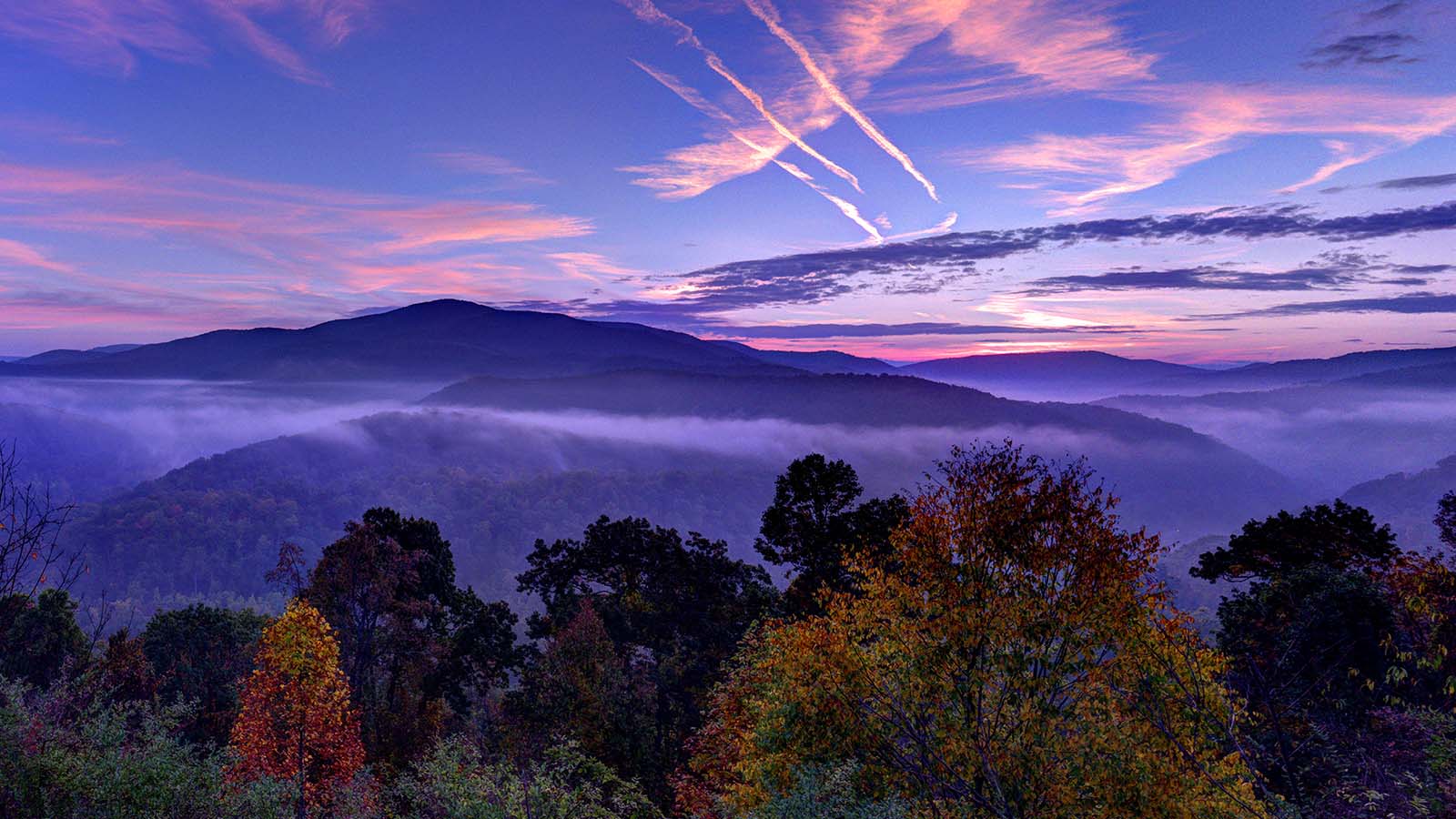 This blog is the continuation of the story of Lena and Edwin Michales. You can read about their early years here. This is part two of their story.

Edwin Michales grew up poor in the mountains of Pennsylvania. It was something that Lena says he was always ashamed of, and now she thinks about how much of that contributed to the way his dementia presented. His father was a coal miner, and his mother rolled cigars in a cigar factory. Lena says Edwin never felt well-educated, and that’s because, in all honesty, he wasn’t. He lived in a coal mining community, and the schools weren’t great. When Edwin was old enough, he enlisted in the United States Air Force. One of his assignments landed him in a town on the East Coast, where he met Lena.

Throughout their lives, they traveled the world and eventually settled permanently in the Midwest. They both did work they were passionate about, and were raising two children surrounded by neighbors that were like a second family. They’d lived frugally throughout their younger years, planning to spend their golden years after retirement traveling more, visiting their children and grandchildren, enjoying their interests and hobbies. They often spent their evenings enjoying a glass of wine, looking out over their property and the trees Edwin had planted years before when they bought their house.

They both retired earlier than they’d planned to, at the age of 60. First, Edwin who was diagnosed with MS and found himself exhausted all the time. Then, Lena retired a few years later due to a cancer diagnosis that left her without both of her legs. Even so, they were both active, and were looking forward to traveling and more evenings on the porch. When Edwin first started acting odd, Lena chalked it up to the peculiarities of aging. “All of a sudden, he didn’t trust me to do his laundry anymore. I’d been doing his laundry for 50 years”. She noticed it more when his behavior became even odder.

“He would start following me in his car.”

Edwin became afraid that Lena would leave him and that every time she left the house, she was looking for a boyfriend. Whether she was going to a meeting or the grocery store, he was convinced she was searching for a new love. It was bizarre and nothing she’d ever experienced with him before. At first, Lena wasn’t sure what to think. “We had already been married about 50 years when this started, and I thought, he’s just being a fuddy-duddy in his old age. You know, you kind of put it off to that”. And she did put it off to that until his behavior became more intense.

“His behavior became dangerous – he would physically threaten me.”

It was when things wouldn’t work for him that Edwin would become upset. And it was always in the evening. Lena recalls the first time she felt threatened by him. He couldn’t understand how to use their new thermostat. It was connected by an app that they could adjust using their iPad. When Edwin couldn’t get it to do what he wanted it to do, he became furious. Lena would ask him if he wanted help, and she says you could see on his face that the rage was gathering inside him. He raged at her, telling her, “No! I don’t want your help!” before pounding on the wall as close as he could get to her head. Lena recalls thinking, “this isn’t good; there’s got to be something going on.”

Lena says that you could see how the anger in him was going to escalate into punching. She made an appointment with their primary care doctor, who advised her to tell Edwin he was coming in for his yearly checkup. While they were there, the doctor asked Edwin some probing questions and suggested that Edwin see a geriatric physician who could do further testing and maybe put him on medication to help. Edwin refused to make an appointment. Lena says that their doctor’s office told her that his behavior would not stop – it would escalate. And when it got to the point that she was physically in danger, she would need to be ready to call the police. That’s exactly what happened.

“It was when he came after me with the ax that I first took their advice.”

Lena says that the incident started because Edwin couldn’t get into his home office. They regularly kept the office locked with a key, and they both knew where he kept it. They stored his skeet and trap guns inside his office, and although those were in a locked cabinet, they often had grandchildren visiting and took extra precautions. One day, Edwin couldn’t find the key to his office. Lena went to where he usually kept it, and it wasn’t there. So, he had done something with it, lost it, forgot where he’d put it. But he became convinced that she had hidden it from him. His solution? To break the door down with an ax.

Lena didn’t realize that was what he was doing until she heard it. Weary and perplexed, she went to him and suggested they call a locksmith instead of breaking the door down. Suddenly, she says he yelled, “I should use this on you!” and came at her with the ax in his hand. In their home, you can still see the gouges in the walls, their bedroom door, and a side table, where he missed hitting her. Lena recalls thinking in the moment that she needed to figure out a way to calm him down. Luckily, she kept her cell phone in her apron at all times. She heeded the advice given by their doctor’s office and called the police.

The arrival of the police calmed Edwin down.

Lena explained the situation to them. They made an emergency appointment for Edwin at a Geriatric center in their city and told him that if he didn’t go to the appointment, they would come back and take him to jail. This threat of jail from uniformed authorities was enough to get Edwin to agree to an appointment. He was seen by a team specializing in geriatrics, including a psychiatrist, a social worker, a physician, and a group of nurses. He was diagnosed with dementia and put on a regimen of medications.

When asked if Edwin was aware that he had dementia, Lena says she thinks he knew, though he could never admit it out loud. She said he eventually adjusted to her being the only one that drove or paid the bills. In that way, she says, he knew he couldn’t do those things anymore, so he understood at some level. The change in him was heartbreaking. While Edwin didn’t have the best education growing up, he was self-taught. He was a voracious reader, and because he was so well-read, he had a vocabulary that would “knock your socks off.” Lena says he wrote beautifully and was a photographer, as well as an artist. His drawings are hung up around their home. He loved classical music, and Lena called him her “Renaissance Man.”

“He used to quote Marcus Aurelius to me when we were dating.”

As his dementia progressed, Lena lost more and more of the individual she’d had as her partner for over 50 years. Even with his medications and being seen by a team of specialists, she still found herself in physical danger from him. There were so many incidents, all fueled by paranoia, that had become a part of his reality. She says she lost count of how many times he would come at her for different reasons. One time, he had his hands around her throat and told her he could kill her. Another time, he broke a mug full of hot tomato soup over her head while she was ordering groceries online. “He was convinced that I had poisoned it.”

At the time, she didn’t know that he was also struggling with Major Depressive Disorder (MDD).

That diagnosis would come during an inpatient stay at an adult behavioral health center. Lena had him committed after he held a loaded gun to her head. There was a lot of violence that year. When asked how she felt at the time, having to commit her husband for the safety of both of them, she says she wasn’t feeling much. “By that time, I was numb to everything. I just did it.” While Edwin was there, they did brain scans and changed his medications. They found that his dementia had progressed to “moderate-to-severe” and that he had MDD. He was at the center for just under three weeks.

The professionals at the facility had wanted him to stay longer, but Lena was afraid for him to be there. She recalls that when she would be on the phone with him, residents there, especially women, would come and talk to him to try and get him to flirt. And when he wouldn’t, they would get violent with him. Lena was scared that Edwin would react by becoming violent back, though he never did. The incident that caused her to bring him home early? When he called her crying. Someone at the center had shown him the police reports – all of them – that had been made by Lena when he’d become violent with her. He called her, sobbing, asking, “Am I that bad of a man?” Because of his dementia, he didn’t remember any of that happening. They also told him he would become a ward of the state. Lena says she’s not sure who told him those things or why. She assumes it was part of his treatment. But she couldn’t stomach him being in that situation any longer.

“It broke my heart.”

Lena calmed him down and told him, “No, you’re not a bad man.” She called the facility after she hung up with him and told them she was bringing him home. And she did. They were both happy he was home, but that wasn’t the last time Lena would have to step in as Edwin’s advocate. Months down the road, in the middle of a global pandemic, she would have to do so again. This time, she would struggle between what the doctors were telling her and listening to her gut instinct that something was seriously wrong. Check in next week to read the final part of Edwin and Lena’s story.

Dementia is a tragic, life-changing disease that impacts not just the person diagnosed but the people who love them. If you or someone you know is struggling to care for someone they love, reach out to us. We can provide you with professional resources, support, respite, and care.

You can read Part Three of Lena and Edwin’s story here.